Home / Organic / Pharmaceuticals Are Endangering Us 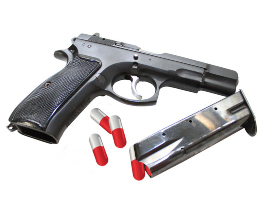 In Eastern philosophy, Yin is female, lethargic, quiet, and mild; Yang is male, energetic, social, and violent. It is correct to look to excessive Yang force in an individual who has angry outbursts, a flaring temper, a tendency to harm, etc. However, many forget that the symbol of Yin/Yang illustrates how the presence of extreme Yin or Yang actually transforms into its opposite, and in a significant way. For this reason, whenever we hear of a very horrific and puzzling crime, rather than looking to the characteristic Yang influence (responsible for more common types of violence), we can look to an unexpected, extreme, Yin influence. In modern day, this influence comes in the form of medications (all extremely Yin, surpassing that of recreational drugs) which can be counted as the cause behind mass shootings and hyper-violence.

The Organic Conservative© 2022.
All rights reserved.